Dec 20 Posted by Andrea Sweeney in Immigration and Firm News 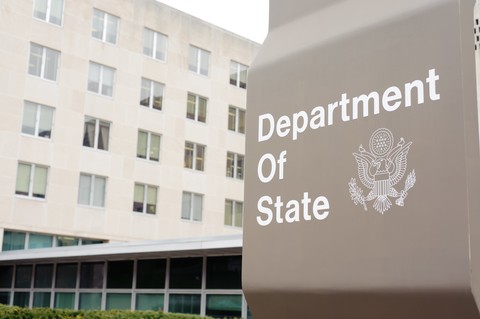 On December 04, 2017, the U.S. Supreme Court ruled that the third version of President Trump’s travel ban will be allowed to go into effect. Although other legal challenges are still making their way through the court system, as of December 08, 2017, restrictions went into effect limiting travel for people from eight nations.

Effect of the Supreme Court’s order:

In practical terms, the orders issued by the U.S. Supreme Court, allow President Trump’s September 24, 2017 Presidential Proclamation to be fully implemented, thereby allowing the U.S. government to legally block some foreign nationals from gaining visas or entering the United States.

The ruling does not affect the implementations already in place for citizens of North Korea and Venezuela which went into effect on October 18, 2017.

A country-by-country breakdown of the Travel Ban is as follows:

Chad: entry is suspended on immigrant visas and nonimmigrant business (B-1), tourist (B-2), and business/tourist (B-1/B-2) visas.

Libya: entry is suspended on immigrant visas and nonimmigrant business (B-1), tourist (B-2), and business/tourist (B-1/B-2) visas.

Venezuela: entry is suspended on nonimmigrant business (B-1), tourist (B-2), and business/tourist (B-1/B-2) visas, only for officials of government agencies in Venezuela involved in screening and vetting procedures, and their immediate family members.

Yemen: entry is suspended on immigrant visas and nonimmigrant business (B-1), tourist (B-2), and business/tourist (B-1/B-2) visas.

(9th Circuit) – On Wednesday, December 6, 2017 the 9th Circuit Court of Appeals heard arguments over whether to uphold a Hawaii district court order blocking the third version of the travel ban.

The Federal District Court in Honolulu, found that the third version of the travel ban still discriminates based on nationality in violation of federal law. Attorneys for the state of Hawaii argued to the 9th Circuit that the president failed to make the legally required findings that people entering from the banned countries would be detrimental to the United States

Attorneys for the Justice Department defending the travel ban argued this version of the travel ban was developed after a deliberate process and is the product of “extensive study.” They argue further that President Trump actions fall under his broad constitutional and statutory authority to control immigration.

(4th Circuit) – On Tuesday, December 12, 2017, the 4th Circuit Court of Appeals in Richmond, Virginia listened to arguments stemming from an injunction issued by a Maryland judge.

The Maryland District Court Judge cited statements made by President Trump, both before his election and more recently and found the ban “tainted by religious animus.”

In listening to oral arguments the 4th Circuit justices questioned whether the court could take into consideration Tweets and outside remarks made by the President, which often espoused anti-Muslim sentiments.

Decisions from the 9th and 4th Circuit Courts are expected out soon.

How the ban will affect people already in the process of obtaining visa abroad?

* The Department of State (DOS) has confirmed that it will NOT cancel previously scheduled visa application appointments.
* An DOS officer will make a determination whether an applicant who is otherwise eligible for a visa is exempt from the proclamation, or, if not may be eligible for a waiver under the Proclamation.
Previously Issued Visas
* DOS guidance indicates that no visas will be revoked pursuant to the Proclamation.
* Individuals subject to the Proclamation who possess a valid visa or valid travel document generally will be permitted to travel to the U.S., irrespective of when the visa was issued.

* Case-by-case waivers may be granted, if a foreign national subject to the ban can demonstrate that denying entry would cause the foreign national undue hardship, that entry would not pose a threat to national security or public safety, and that entry would be in the national interest.
* There is no separate application, an individual who seeks to travel to the U.S. should apply for a visa and may present information and documentation to show eligibility for the waiver at the visa interview.
* For a waiver based on a “close family member” the required relationship is restricted to include only spouses, children under the age of 21, and parents of U.S. citizens, of lawful permanent residents, and of aliens lawfully admitted to the U.S. on a valid nonimmigrant visa.