Nov 23 Posted by Jennifer Casey in Immigration and Firm News 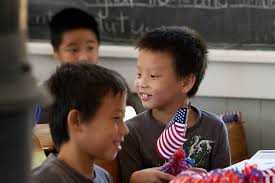 On November 20, 2014, President Barack Obama announced the implementation of a wide range of administrative measures that the administration will undertake in an effort to improve the functioning of the American immigration system.

One of the initiatives announced by the President is the Deferred Action for Parental Accountability (DAPA) Program.  This program provides temporary immigration benefits to certain parents of U.S. citizen and lawful permanent resident children.

In order to qualify, an individual must demonstrate the following:

The following acts and convictions render an individual a DHS “enforcement priority” and therefore ineligible for relief under the DAPA program:

1) Individuals who have engaged in or are suspected of engaging in terrorism, espionage, or are a threat to national security.
2) Convicted gang members.
3) Individuals with a non-immigration related felony conviction.
4) Individuals convicted of an aggravated felony.
5) Individuals apprehended at the border while trying to enter unlawfully.
6) Individuals convicted of a significant misdemeanor, including but not limited to: a conviction involving domestic violence; driving under the influence (DUI) ; sexual abuse or exploitation; burglary; drug distribution or trafficking; unlawful use of a firearm; or an offense for which the individual was sentenced to 90 days or more in custody.
7) Individuals convicted of three (3) or more misdemeanors that are not considered simple traffic violations or immigration related offenses.
8) Individuals apprehended by DHS anywhere in the United States who cannot demonstrate that they have been in the United States since January 1, 2014.
9) Individuals who have significantly abused the visa or visa waiver program.
10) Individuals issued a final order of removal (deportation) on or after January 1, 2014.

Individuals who qualify for this program may file an application for consideration of Deferred Action.  These individuals must pay a filing fee, complete criminal background check (biometrics) and submit proof of eligibility for DAPA.  Applications for DAPA relief are expected to be available for processing in May or June of 2015.

It is very important to be aware that an approved DAPA application does not provide an individual with lawful permanent residence (green card) or U.S. Citizenship.  DAPA is simply permission to remain in the United States without fear of deportation for a temporary period of time.

An individual approved for DAPA will receive an Employment Authorization Document (EAD or Work Card) for a period of three (3) years.

To prepare for the request and application processes, people should begin collecting the following evidence:

Individuals considering applying for DAPA are strongly advised to consult with a licensed and experienced immigration lawyer before submitting a DAPA application. In Colorado and most other states, only licensed attorneys or accredited representatives can fill out and file immigration paperwork.  The immigrant community is strongly advised to beware of immigration scams by unlicensed and unscrupulous individuals who claim to be qualified to assist with your application.

Please contact Kolko & Associates, P.C. at (303) 371-1822 to set up a consultation with of our licensed and experienced attorneys to review your case and discuss your eligibility for immigration relief.