Changes to the Visa Waiver Program

Dec 30 Posted by Jennifer Casey in Immigration and Firm News 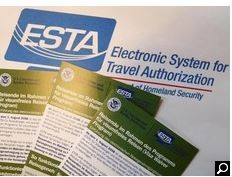 On December 18, 2015, President Obama signed into law the 2016 Consolidated Appropriations Act. Included in this Act are important changes to the Visa Waiver Program.

The Visa Waiver Program (VWP) is a program that permits citizens of certain designated countries from traveling to the United States without a visa for the purpose of business or tourism. The maximum period of stay in the United States for a person on the VWP is 90 days. In order for a foreign national to qualify to travel to the United States on the VWP, the individual must be a citizen or national of one of the 38 designated VWP countries and he or she must have a valid Electronic Travel System Authorization (ESTA) approved before they travel.

With the enactment of the Consolidated Appropriations Act of 2016, nationals of Iraq, Syria, Iran or Sudan are excluded from the VWP regardless of whether they are a citizen of a designated VWP country.  Furthermore, since whether a person is a "national" of a particular country depends on the laws of that country, it is possible that a person could be a national of a prohibited country without ever having resided in or traveled to the country itself.

Additionally, anyone who at any time since March 1, 2011 have been present in Iraq, Syria, Iran, Sudan or other countries designated by the Department of Homeland Security (DHS) a supporting terrorism or “of concern” are not eligible to participate in the VWP. There are exemptions for individuals who were present in one of the countries listed above performing military service in the armed forces or carrying out official government duties for a VWP designated country. Additionally, DHS can waive the restriction in the interest of law enforcement or national security.

The Consolidated Appropriations Act of 2016 also imposes additional conditions for designated VWP countries regarding passports, security screening and information sharing. A VWP designated country that fails to comply with the additional requirements can have its VWP designation revoked.

For more information on the Visa Waiver Program and the new restrictions on this program, please contact Kolko & Associates, P.C.